This scene from Out of Africa literally changed the course of my life.

When my fiance and I were engaged and deciding what to do with our lives after he graduated from college (I had finished a year ahead of him), we went to a presentation on the campus where we attended school that was given by the Peace Corps Association. Former volunteers gave a slide show about their experiences and talked to us about their time in various countries. One thing that stands out so clearly in my memory is that one of the women who had returned from a third world country had very long, manicured, Barbra Streisand nails, and I remember thinking how odd that was at the time. To me (at a young and tender age, not knowing any better) I thought that was a juxtaposition and a hypocritical thing. How could she embrace fake nails after going through an experience like that? I remember thinking.

That night, Ken and I were pretty sure we wanted to join the Peace Corps together, after our wedding, to delay any “real” commitments in the world like mortgages and children, and to make a difference in the world. I had formally had aspirations of missionary work, and this seemed like a parallel difference-maker without the pressure of proselytizing.

I don’t remember at what point after that presentation we watched “Out of Africa” together, (this was 26 years ago, so I know you’ll give me a break) but I just remember the IMPACT that this scene had on me. We had signed up to go, and knew we were going to Papua New Guinea, but had no idea where it was or what it was like yet. We had not yet done our research.

Thinking that PNG was wild and jungle-y, I thought I would need to be this geared up to go. When Meryl put forth her courageous and passionate efforts to save her oxen, I was sure that I would be called on to do something similar in my future!

When we were gathering items to go overseas on this adventure, I kid you not, I actually shopped for a whip. I never bought one. I thought about Indiana Jones’ whip, too. Honest to God, this was the picture in my mind of what we were getting ourselves into. Oh, to be young and stupid again!

My preconceived notions were so far off, they were laughable and it somewhat pains me to admit that I was so naive and stupid. Where we ended up serving was a peaceable valley with lovely people and never, ever, was there a cause for us to respond to a violent, uproarious situation with either people or animals.

Let me just save face by saying this:

Meryl facing off with those lions gave me the bucketsful of kick-ass confidence and determination to do whatever it took to go across the globe and fight for something I believed in. Her raging, protective instinct with that whip slashed deep into the crevices of my soul, and I knew… just knew… that I could be her. I wanted so badly to be that tough; that brave; that independent and strong.

The ferocity with which Meryl cracked that whip has never left my heart, and indeed, it has cropped up many times over the last couple of decades when I’ve needed it.

The biggest difference now is that the whip-cracking, as many situations crop up in my life, applies to me, myself, and I. 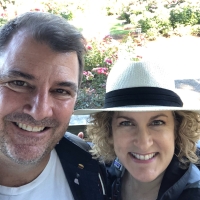 Information Wants To Be Free

Letters to a Young Librarian

Academic librarian with 15+ years of experience. Passionate about lifelong learning and student success. Interested in user experience and organizational leadership. For me, being a librarian has never been about the books--it's about the people!

-the near-unconsciousness of possible meanings -

Mormonism from a non-conservative perspective.

Searching for a beautiful silence

Chickens In A Bucket

In which we raise baby chickens in Wichita

Writing about Stuff that Matters

Thoughts on music, creativity, imagination, and exploring the space between the notes.